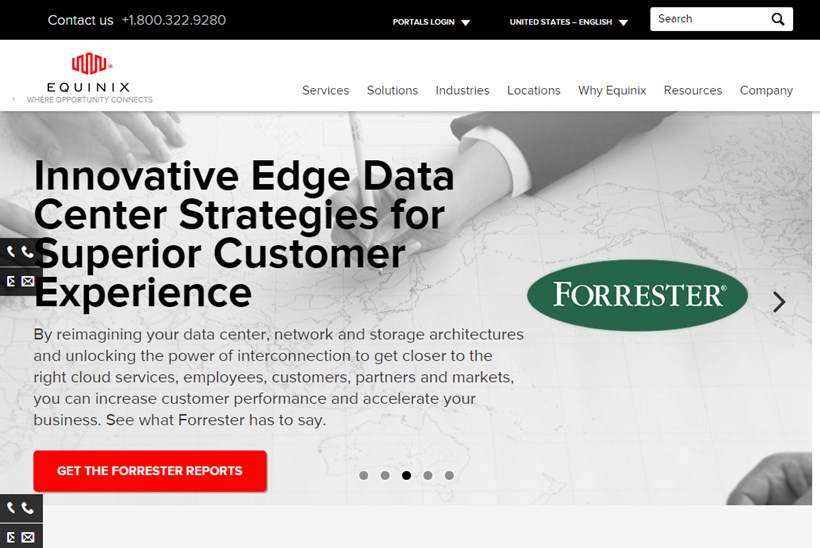 US data center provider Equinix, Inc. is to purchase British data center company Telecity Group in a deal that is likely to cost in excess of $3.5 billion. The company, which has headquarters in Redwood City, California, USA, is one of the world's biggest data center companies. It provides network-neutral data centers and internet exchanges. Equinix will pay for the deal using a blend of cash and stock payments.

London-based Telecity own 11 data centers in across Europe. By purchasing the company Equinix will enhance its European footprint significantly. The company's board are expected to recommend the deal goes ahead and if regulatory approval is granted, it should be completed early 2016. Telecity's Executive Chairman John Hughes will become an Equinix director upon completion.

Equinix had been linked to Netherland-based European cloud-neutral colocation data center provider Interxion, but ultimately decided Telecity to be their best option. “We’ve spoke extensively to all of our major shareholders and there is a great groundswell of support for this transaction,” explained Mr. Hughes in a report by the British newspaper, the Financial Times. “We’ve always known the customer base, the asset quality, the team and culture fit, the complimentary locations and the brand recognition of Telecity were superior to Interxion,” he added.

Do you know if any other companies involved in acquisitions? Let us know the details. Add your comments below.