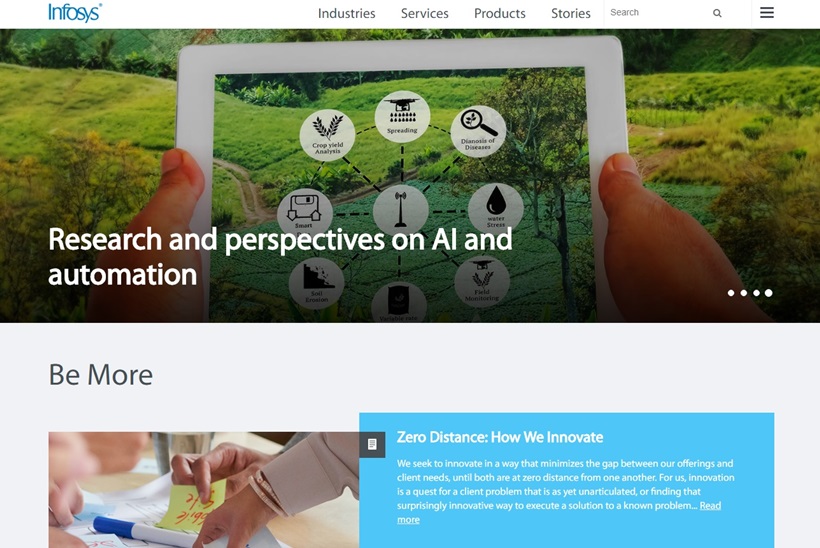 Vishal Sikka has resigned from cloud and ‘Big Data’ services provider Infosys Ltd. (Infosys). Infosys, which has global headquarters in Bangalore, India, was established in 1981 and is one of the companies that help spur the growth of the internet. The company provides a wide range of technology and consulting services and has customers in 45 countries. It is probably best known for outsourcing its expertise and Infosys’ experts have provided services for countless companies worldwide. Vishal Sikka is the company’s CEO and reportedly resigned last Friday after a disagreement with Infosys’ founder, N.R. Narayana Murthy.

The reason for Mr. Sikka’s departure was “resistance” to a number of changes he was trying to implement. The resistance, he suggested, culminated in acquisitions of mismanagement. While Mr. Sikka had the support of the company’s Board of Directors, he was pressured by attacks from Murthy, which included attacks in the press. The result, suggested Mr. Sikka, was that his position became “untenable”. News of the departure brought Infosys’ shares down by 9.6% on Friday.

“The Board understands and acknowledges Dr. Sikka’s reasons for resignation, and regrets his decision,” explains a press release posted on the company’s website. “In particular, the Board is profoundly distressed by the unfounded personal attacks on the members of our management team that were made in the anonymous letters and have surfaced in recent months”.

Mr. Murthy’s response to the announcement was to suggest that he was concerned about how the company he left the company in 2014 was being run. "I am extremely anguished by the allegations, tone and tenor of the statements," he suggested in a newspaper report. "My concern primarily was the deteriorating standard of corporate governance which I have repeatedly brought to the notice of the Infosys board."

Do you know of any other industry players leaving companies for pastures new? Let us know the details. Add your comments below.