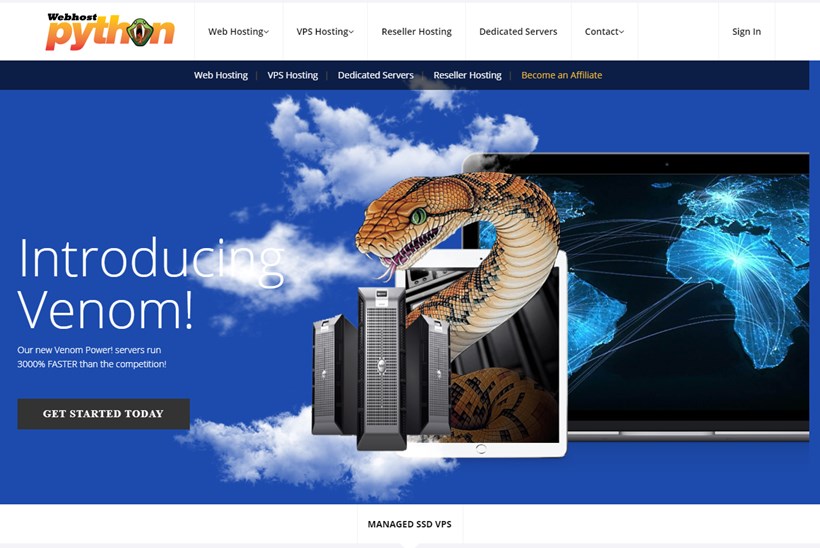 Solid States Disks (SSD) do not contain moving parts and are significantly faster than the more traditional 'spinning disk' type of hard disk. This means that SSD servers used for shared services offer a level of performance that approaches that of dedicated options. On a RAID10 array - a RAID configuration that protects data through disk striping and disk mirroring - SSD offers even faster performance. Webhostpython's 'Venom Power' options utilize NVMe SSD drives which, according to the company, are "in a league of their own" beating IO benchmarks "across the board".

Webhostpython introduced its Venom Power service in April 2018. Continual modifications to the offering resulted in it being "one of the fastest web hosting environments on the Internet". The company's current Venom Power X2 series leverages NVMe - the "newest, fastest SSD drive technology". The company harnesses the benefits of networks such as Level3, Cogent, and Internap for optimum results and offers NVMe SSD Enterprise drives available in E5 powered servers.

Do you know of any other companies adding SSD-based options? Let us know the details. Add your comments below.