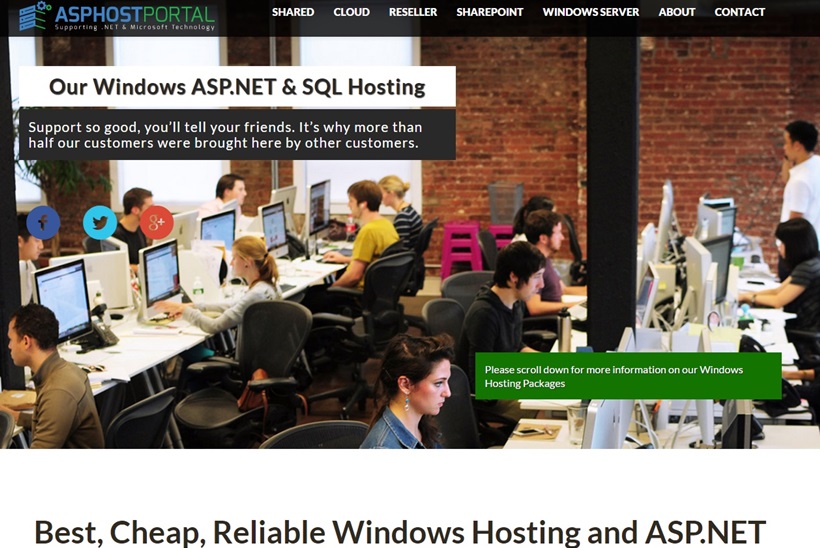 Web host ASPHostPortal.com has announced the launch of affordable Microsoft OWIN 3.0.1 hosting options. The company, which has corporate headquarters in New York, USA and a presence in Singapore and Australia, specializes in offering ASP.NET and other Microsoft hosting solutions. Its services extend to shared, reseller, and SharePoint hosting, and the technologies it utilizes extend to Silverlight 6 and Visual Studio Lightswitch, as well as WebMatrix, WebDeploy, Visual Studio 2015, .NET 5/ASP.NET 4.5.2 and ASP.NET MVC 6.0/5.2.

ASPHostPortal.com has optimized its offering to accommodate OWIN, an Open Source (OS) project which is managed by the OWIN community. OWIN stands for “Open Web Interface for .NET” and it provides an interface between .NET servers and .NET web applications. Owin enables ASP.NET applications to operate on a range of environments including Linux web servers (running Mono). Previously IIS was required on a server to operate ASP.NET applications, and OWIN now operates as a standard interface, effectively decoupling ASP.NET from IIS.

ASPHostPortal.com’s network includes “thousands of connections worldwide and multiple points of presence both domestically in the United States and worldwide”. The company operates 7 data centers worldwide (Australia, France, Germany, the Netherlands, USA, UK, and Singapore), each of which will be offering Microsoft OWIN 3.0.1 hosting from today onwards.

Do you know of any other companies offering OWIN 3.0.1 hosting options? Let us know the details. Add your comments below.

Back to ASPHostPortal news