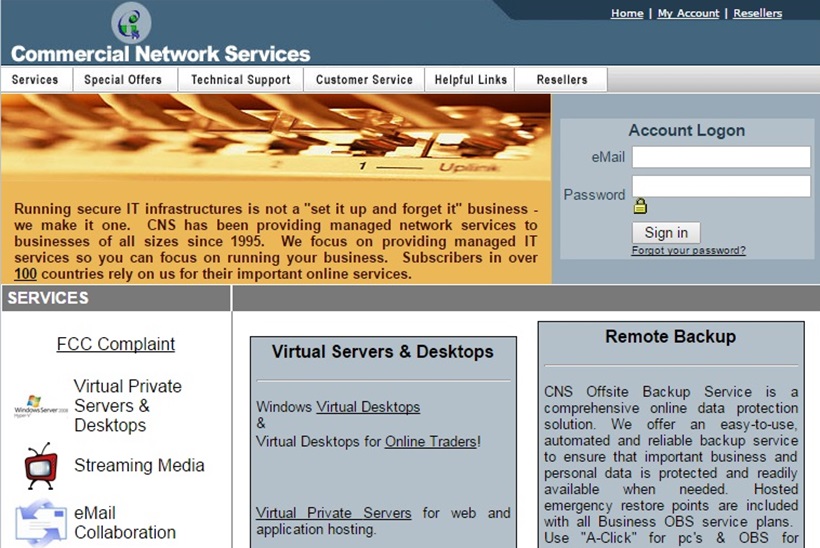 Web host Commercial Network Services (CNS) has threatened cable company Time Warner Cable (TWC) with a peering complaint. The company, which has headquarters in San Diego, California, USA, offers a range of "set it up and forget it" products and services which include managed IT services. Its customers include enterprises in around 100 countries. CNS has suggested that unless it can arrange a free peering deal with TWC, it will file a complaint that leverages the Federal Communications Commission's (FCC’s) network-neutrality rules.

TWC is a globally recognized brand and a top telecommunications player in the United States (second only to Comcast). It operates across 29 US states with products and services that include voice, Internet (including dedicated internet access), network services, managed security, colocation, and cloud services. CNS believes the company should be made to adopt an ‘"open" peering’ policy.

New FCC rules brought in June 12, 2015 allow for complaints to be made against connection organizations whose practices might hamper an “Open Internet”. As part of the ruling, broadband Internet providers in the United States are now considered Title II common-carriers. TWC suggested that its interconnection policy would easily withstand any FFC scrutiny. However, there is no strict definition of what the FCC might consider as hampering an Open Internet, and as such, it is unclear what the outcome might be should CNS make good its threat.

"Time Warner Cable enters into settlement-free peering arrangements with network operators that exchange large amounts of traffic at multiple locations and where there is a mutual exchange of value. Under TWC’s longstanding and industry-standard peering policy, Commercial Network Services does not qualify for settlement-free peering,” explained TWC in a statement on the issue.

Should TWC offer CNS a free peering deal? Let us know your thoughts. Add your comments below.

Back to Commercial Network Services news