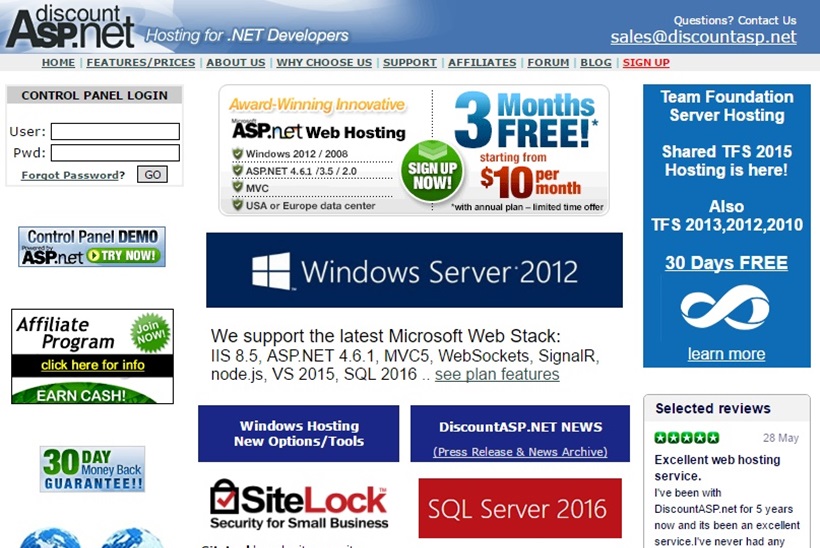 Web host DiscountASP.NET has announced the launch of new SQL 2016 hosting options. DiscountASP.NET, which has head offices in Monrovia, California, United States, specializes in hosting for .NET developers. A Microsoft Gold Partner (Gold Hosting Competency), the company prides itself on providing the “best value in ASP.NET web application hosting”. Its new SQL 2016 options are available through data centers both in the United Kingdom and the United States.

DiscountASP.NET’s new hosting options are available to its customers with immediate effect. Microsoft SQL Server 2016 is the latest iteration of the enterprise database and has a number of enhancements on previous versions. These include “stretch database, temporal tables, native JSON support, and query tables”. The launch is supported by a range of SQL 2016 management tools which include an “on-demand database backup tool, database restore tool, and an automated Attach MDF File tool.”

Do you know of any other companies offering new SQL 2016 hosting options? Let us know the details. Add your comments below.