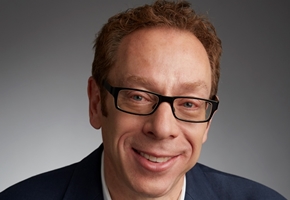 Web host GoDaddy has appointed Arne Josefsberg as the company's CIO. Mr. Josefsberg assumed his position last week and will be working both at GoDaddy's Scottsdale, Arizona headquarters and at the company's new Kirkland, Washington engineering office.

Mr. Josefsberg brings a wealth of industry experience to his new position. Immediately prior to joining GoDaddy he worked for two years as Chief Technology Officer at ServiceNow, a leading cloud IT company with a focus on business. Before that he was with Microsoft where he worked for 26 years. His roles at Microsoft included General Manager of Windows Azure Infrastructure and he helped the corporation establish its data center and cloud infrastructure strategy.

In his new position Mr. Josefsberg will drive GoDaddy's global expansion and extend the cloud services it offers to small businesses. He will be working alongside other key members of GoDaddy staff who also have a history of working with Microsoft, including its Chief Executive, Blake Irving. Mr. Josefsberg's move to the company comes as part of an apparent GoDaddy strategy of acquiring talent from leading industry players, particularly Microsoft, Cisco, Google, Yahoo, eBay and AT&T.

“Our vision here is to really become not only a market leader but also a technology leader,” explained Mr. Josefsberg. “We’re going to build a global, very large, scalable infrastructure.”

Do you know of any other movers and shakers who have taken on new industry positions? Let us know the details. Add your comments below.

Back to Go Daddy news