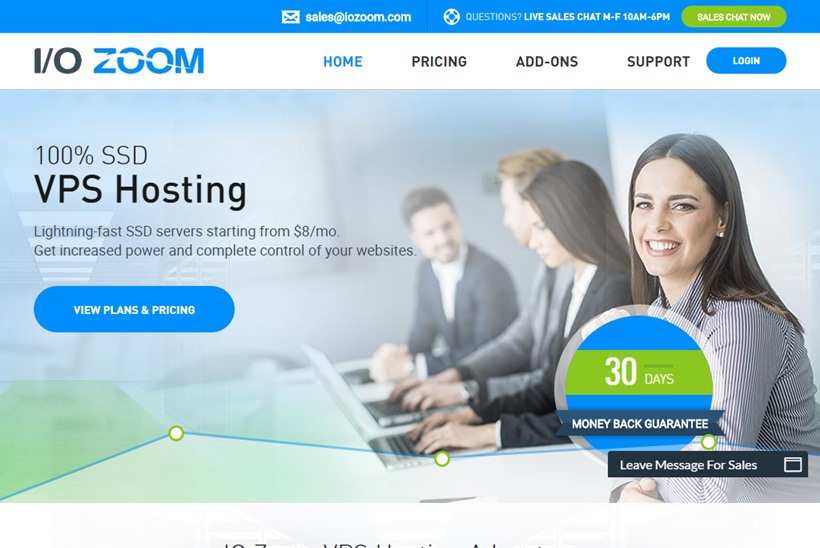 Web host IO Zoom has announced the launch of Virtual Private Server (VPS) options in Ashburn, Virginia, United States. Established in 2015, IO Zoom specializes in 100% Solid State Drive (SSD) VPS hosting which is “up to 300% faster than regular VPS hosting”. Alongside faster page loading times, IO Zoom’s hosting services are underpinned by monitoring by a team of experts and a “100% network uptime” guarantee which means customers are credited for “just one minute of downtime”.

IO Zoom’s new hosting facility is only 30 miles from the U.S. capital Washington, D.C. It is the company’s second such facility, the other being located in Los Angeles, California, United States. The company's basic plan offers 1 GB Ram, 20 GB SSD storage, and 2,000 GB bandwidth for only $8 per month. It’s most expensive plan costs $120 per month and offers up to 16 GB RAM, 240 GB storage, and 10,000 GB bandwidth. cPanel is included but customers can opt to have their VPS accounts “fully managed at no extra cost”. All plans are available with either the Linux, Ubuntu, CentOS, or Debian operating systems and received 20 Gbps DDoS protection.

Do you know of any other companies opening new locations? Let us know the details. Add your comments below.

Back to IO Zoom news