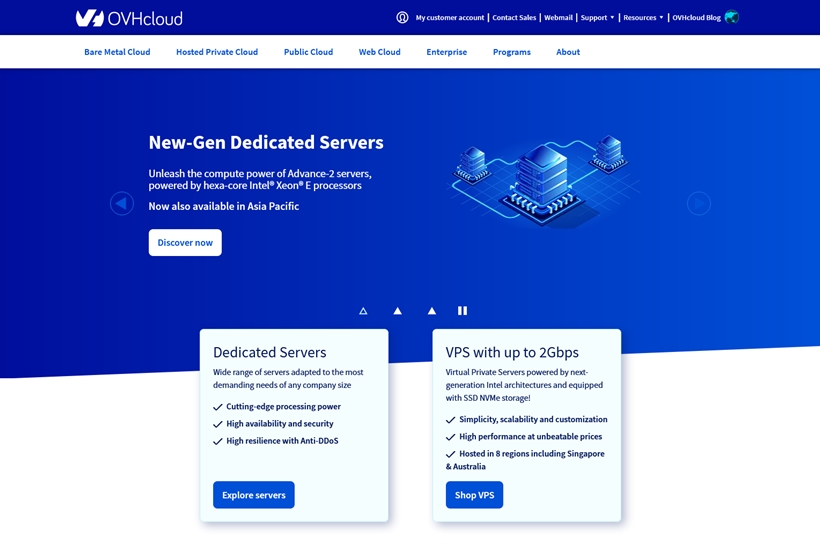 Web host OVH has halted plans for a new data center in France. OVH, which has headquarters in Roubaix, France, is recognized as Europe’s biggest hosting provider. Established in 1999, the company has an aggressive expansion program and operates globally, catering to more than 1.3 million customers around the world. Aside from private and public cloud services it offers Virtual Private Servers (VPS), dedicated servers, and exchange hosting options. The company’s plans come on the heels of a fire at one of its data centers which is estimated to have taken around 3.6 million cloud-based websites offline. These included French government websites and a cryptocurrency exchange.

The company’s campus in Strasbourg, France houses four data centers - SBG1, SBG2, SBG3, and SBG4. The fire destroyed SBG2 on March 9, 2021, and also damaged several batteries which were then stored in SBG1’s battery room. The damaged batteries emitted smoke, and this caused the center to be shut down to allow fire officers to secure the site. The company has stated its intention not to resume services at SBG1 and will instead move servers to its data centers in Roubaix and Gravelines. The company will also focus on restoring services at SBG3 and SBG4.

“The fire department was immediately contacted,” suggested a press release on the company’s website. “OVHcloud’s management decided to apply the precautionary principle: the power supply of SBG1 and SBG4 was immediately cut off. Operations on site were temporarily interrupted, all OVHcloud personnel and all partner teams were asked to return home, only the security, fire safety and maintenance personnel remained on site. Once on site, firefighters identified the source in the battery room, and the incident was contained within minutes. No injuries were reported among the OVHcloud teams or its partners. As a precautionary measure, two security personnel who were affected by the smoke were examined by medical professionals,” the release added.

Were you impacted by OVH’s fire? Let us know the details. Add your comments below.

Back to OVHcloud news