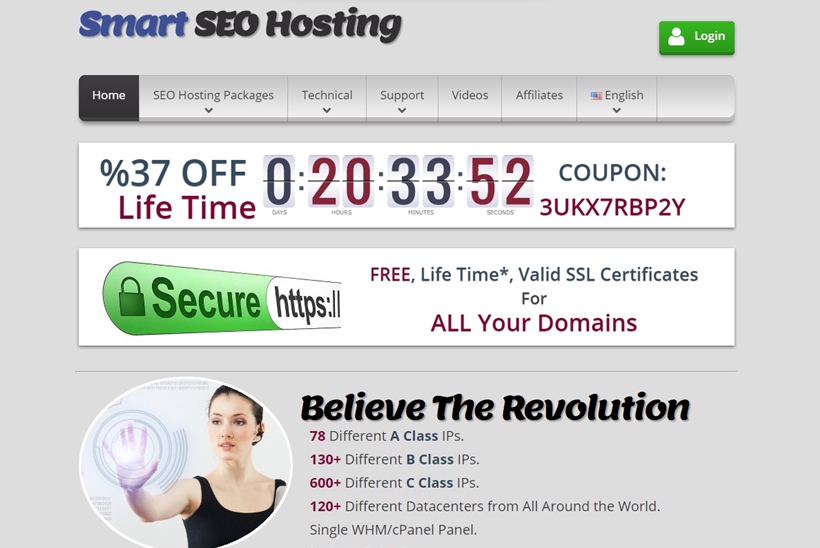 Web host Smart SEO Hosting has announced a shift to HTTP/2 enabled hosting. Smart SEO Hosting, which has headquarters in San Jose, California, United States, offers a range of SEO hosting products and services. The company predominantly caters to organizations within the United States, but also has customers in Australia, Austria, Ireland and the UK. To maximize the efficiency of its offerings, the company operates from around 120 data centers globally. HTTP/2 enabled hosting is being made available to all of the company’s current and future customers.

HTTP/2 is supported by all key browsers and is the new http protocol, superseding HTTP/1.1. Adoption of the protocol is important for SEO as it offers enhanced performance. This translates into better search engine rankings for websites hosted by providers that utilize HTTP/2. Each of the data centers Smart SEO Hosting uses utilizes the protocol.

"HTTP/2 is a major upgrade on top of a technology that has not had a change in around 20 years,” explained a Smart SEO Hosting spokesperson. “It is a backward compatible technology, meaning all clients that do not support it will automatically get a HTTP/1.1 version transparently. Considering an earlier announcement by Google regarding the support of the new protocol by Googlebot and that all Google's owned websites are now on HTTP/2. We believe providing this technology on top of our existing networking stack should provide a major boost to all our customers, when it comes to their search result rankings."

The news comes on the heels of Smart SEO Hosting recently announcing that it was offering customers free SSL certificates – another key factor as far as search engine ranking is concerned.