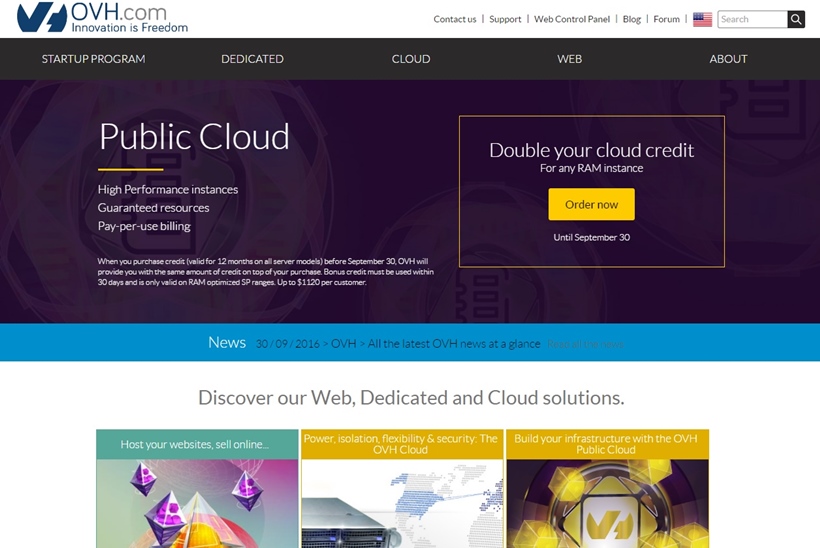 Web hosting provider OVH was hit by a major Distributed Denial of Service (DDoS) attack last week. OVH, which has headquarters in Roubaix, France, was established in 1999. The company’s services extend to web hosting, domain name registration, dedicated servers and Virtual Private Server (VPS) packages alongside a number of cloud-based solutions. The attack OVH experienced has been widely reported for its size and ferocity.

The DDoS attack was estimated to have driven 1.1Tbps of data towards OVH’s servers, culminating in a complete shutdown of the company’s site. Aside from the size of the attack, the nature the attack has been subject to considerable discussion. The use of data from some 145607 hacked CCTV cameras and DVRs pulled together into a botnet made this attack as unique as it was destructive. It has brought the vulnerability of “smart” devices located in homes and businesses and connected to the internet to the forefront. Twitter follower @Nullspace suggested “the tsunami of IoT is truly headed for us” when commenting about the OVH attack.

Forbes reported that the bulk of the traffic driven towards OVH originated in Asian countries like Vietnam and China where, Forbes suggested, the hackers are thought to originate from. “Last days, we got lot of huge DDoS. Here, the list of "bigger that 100Gbps" only. You can see the simultaneous DDoS are close to 1Tbps !” suggested OVH Founder, Chairman and CTO Octave Klaba during the attack.

Were you impacted by this DDoS attack? Let us know your experience? Add your comments below.