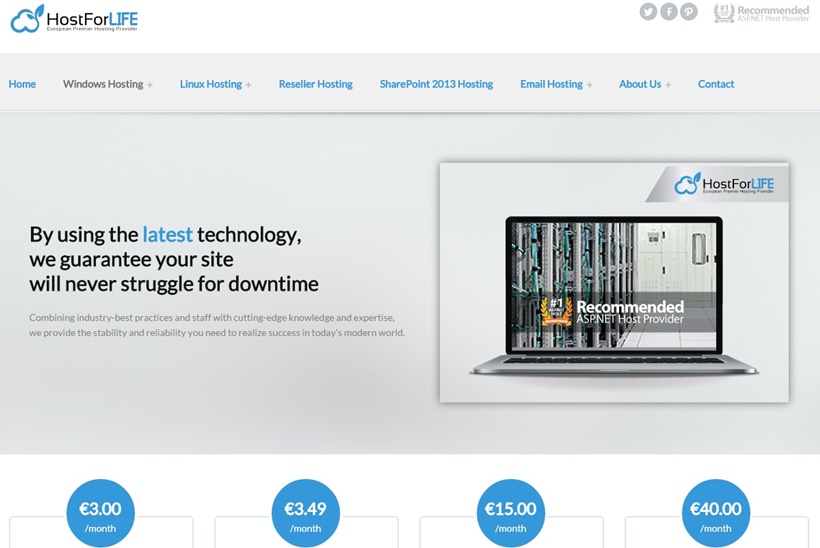 British web host HostForLIFE.eu has announced the launch of ASP.NET 4.6 hosting options. The company, a Microsoft specialist which bills itself as a provider of “advanced Windows and ASP.NET technology”, has corporate headquarters in London, United Kingdom. It offers a range of services including shared, reseller and cloud hosting alongside dedicated servers and IT-as-a-Service (ITaaS) options. It is a recognized web hosting leader in European countries such as Germany, Italy, Netherlands, France, Belgium, United Kingdom, Sweden, Finland, and Switzerland. ASP.NET 4.6 has been included on all of the company’s servers and is available with immediate effect.

Microsoft's ASP.NET is a “dynamic website technology” that leverages the .NET platform to allow website developers to design complex “data-driven websites”. Version 4.6 of ASP.NET provides an “optimized development framework” with a range of new features that enable developers to create modern web applications that can be deployed in cloud or “run on-premises”. The new (64-bit) "RyuJIT" JIT and high DPI support for WPF and Windows Forms offers users enhanced performance and HTTP/2 support while operating on Windows 10.

HostForLIFE.eu’s servers are located in data centers worldwide including Amsterdam, Netherlands, London, United Kingdom, Paris, France, Frankfurt, Germany and Seattle, Washingtion, United States. Its services are underpinned by a 99.9% network uptime guarantee and its ASP.NET 4.6 options are available for as little as €3.00 ($3.39) per month.

Do you know of any other providers offering Microsoft technologies? Let us know the details. Add your comments below.