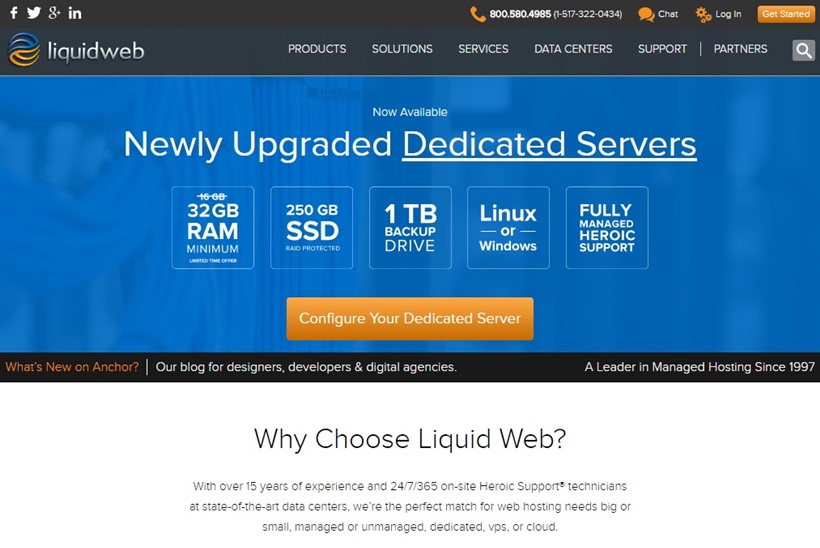 Liquid Web, which has headquarters in Lansing, Michigan, United States, is a “$100 million” company offering a wide range of “reliable, highly-available, secure and hassle-free” hosting options, each underpinned by its “Heroic Support”. The company manages its own data centers and its offerings extend from managed WordPress to bare metal servers. It caters to around 30,000 customers globally. Liquid Web has deployed SmartWall TDS to “protect 100Gbps of Internet bandwidth with automatic DDoS mitigation across the multiple Liquid Web datacenters”.

Liquid Web’s implementation of the SmartWall TDS was a result of the company experiencing attacks designed to cause damage to its network. The company chose the Corero SmartWall TDS in-line deployment model and results have been positive, significantly reducing the number of outage minutes caused by the attacks. SmartWall TDS protects Liquid Web’s network by identifying DDoS activity and providing real-time mitigation of attacks before they impact Liquid Web’s network customers. The solution has no impact on “legitimate user traffic”.

“Like all hosting providers and data centers today, Liquid Web has been targeted by DDoS attacks that can negatively affect our core business,” explained Joe Oesterling, the CTO of Liquid Web. “Protecting the security of our network and delivering peace of mind to our customers is a critical focus for Liquid Web. It’s one of the reasons we have such an admired brand and earned loyalty from our customers. Investing in the Corero SmartWall solution enables us to deliver on that security promise by significantly reducing the impact of DDoS attacks, while lessening the need for human intervention, which allows us to focus on other technology initiatives."

Do you know of any other providers protecting themselves against DDOS attacks? Let us know the details. Add your comments below.

Back to Liquid Web news