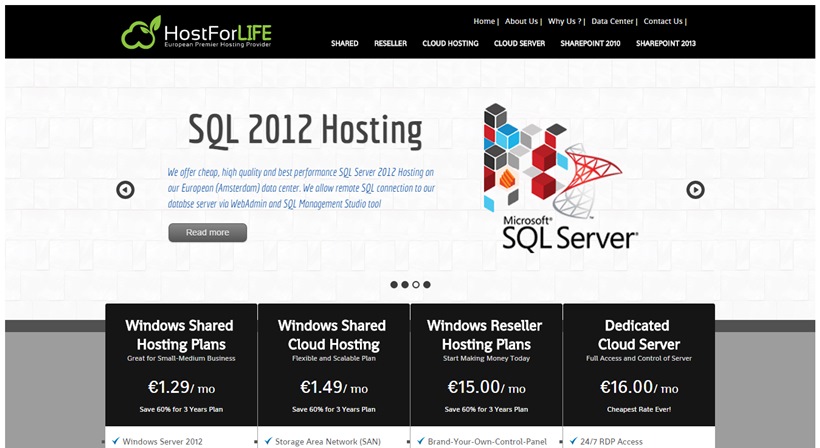 European web host HostForLIFE is to offer cloud-based Moodle 3.1.1. HostForLIFE, which is a Microsoft hosting specialist, is recognized as a leading European web host. The company has headquarters in Madrid, Spain and server locations in Paris, France and London.

Moodle is used by schools and universities, etc. around the world and can cater for courses of a range of complexity. It is used to provide corporate training courses and to offer in house training. An Open Source PHP-based solution, it is used across Europe and high demand from the European Moodle community has been cited as HostForLIFE’s support for the latest version of the software, Moodle 3.1.1. The latest version offers a range of improvements on previous versions of the software. These include a range of bug fixes and the inclusion of enhancements.

The cost of HostForLIFE’s Moodle 3.1.1 hosting starts at only €3 ($3.38) per month for a 3-year configuration with Windows Server 2012 and SQL Server 2016 with unlimited domain, disk space and bandwidth.

Do you know of any other companies offering Moodle 3.1.1 hosting? Let us know the details. Add your comments below.