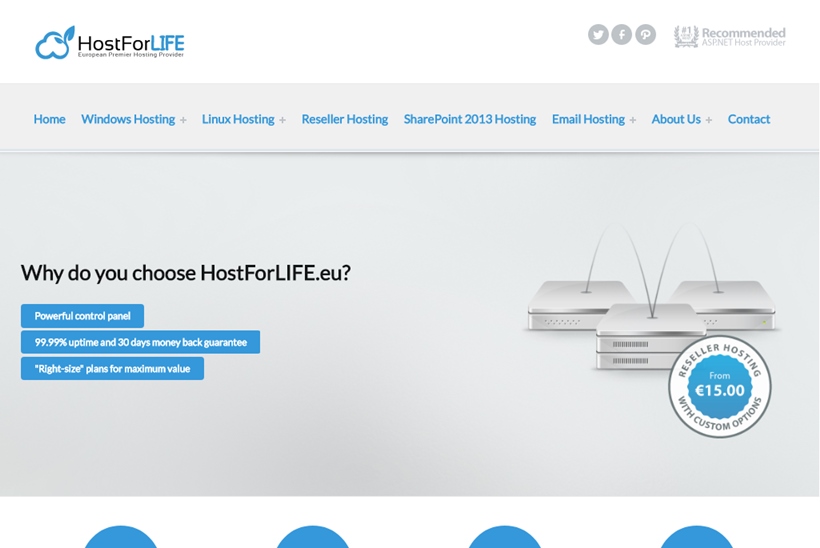 European web host HostForLIFE.eu (HostForLIFE) has announced the launch of new options that support DotNetNuke 8.0.4. HostForLIFE, which has server locations in London, United Kingdom, Paris, France, Amsterdam, Netherlands and Frankfurt, Germany, is recognized as a leading provider. Ranked in the “#1 spot” in many European countries, the company offers a range of Windows, Linux, reseller, email and SharePoint 2013 hosting options. These include shared, Windows cloud server, and managed and unmanaged dedicated hosting. HostForLIFE has optimized its platform for the delivery of DotNetNuke 8.0.4.

DotNetNuke is a Content Management System (CMS) designed for the development and maintenance of websites of any size or complexity. An Open Source (OS) solution that is available as a free download, it is based on Microsoft .NET. 8.0.4 is the latest iteration of the solution and offers a number of enhancements on previous versions. In particular, the platform’s run-time characteristics have been improved and page loading speeds increased. In addition, server processing has been optimized to reduce resource consumption.

HostForLIFE has supported DotNetNuke for a number of years and the company prides itself on a support team that can provide “advice and troubleshooting” when customers have DotNetNuke website issues. DotNetNuke 8.0.4 is available through HostForLIFE’s “newest Windows Server environments” that provide ASP.NET Core, ASP.NET MVC and SQL Server 2014/2016. Plans start at €2.97 ($3.33) per month.

Do you know of any other companies launching new options? Let us know the details. Add your comments below.