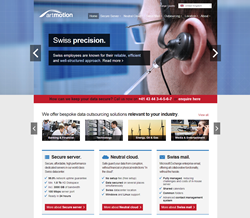 A Swiss data center operator has announced that the recent PRISM scandal in the United States has been a boon for the organization. The PRISM surveillance program allegedly run by the National Security Agency (NSA) in the United States was exposed by whistleblower Edward Snowden, an NSA contractor. Mr. Snowden suggested the NSA was involved in extensive data collection which he alleged included activity that was outside the law.

Mr. Snowden’s claims were reported by The Guardian newspaper in the United Kingdom and The Washington Post in the United States on June 6, 2013. The ‘leak’ came only one day after reports that the Foreign Intelligence Surveillance Court in the United States – better known as FISC – had ordered a Verizon Communications subsidiary to hand over its customers’ telephone call logs.

With data privacy of utmost concern amongst corporations and enterprises the PRISM revelations have planted a seed of doubt as far as US-based services like Amazon Web Services (AWS), Azure and Dropbox are concerned. A number of organizations are now considering Switzerland as an alternative for their data hosting requirements.

Switzerland has long been a bastion of privacy as far as banking is concerned and these safeguards extend to the cloud. Switzerland is not in the European Union, nor is it bound by European agreements on data sharing with other European Union members, or any agreements these states might have made with the United States.

Although the United States is the key focus of concern, people are also concerned about Britain’s data gathering agency, Government Communications Headquarters - better known as GCHQ. This has further driven interest in Swiss options - companies like Artmotion, for instance, have benefitted greatly from the current increased awareness of privacy issues. The company has reported a 45% growth in revenue recently. For more information about Artmotion’s options, visit the company’s website.

What are your concerns as far as the cloud is concerned after the PRISM revelations? Let us know your thoughts. Add your comments below.

Back to Artmotion news