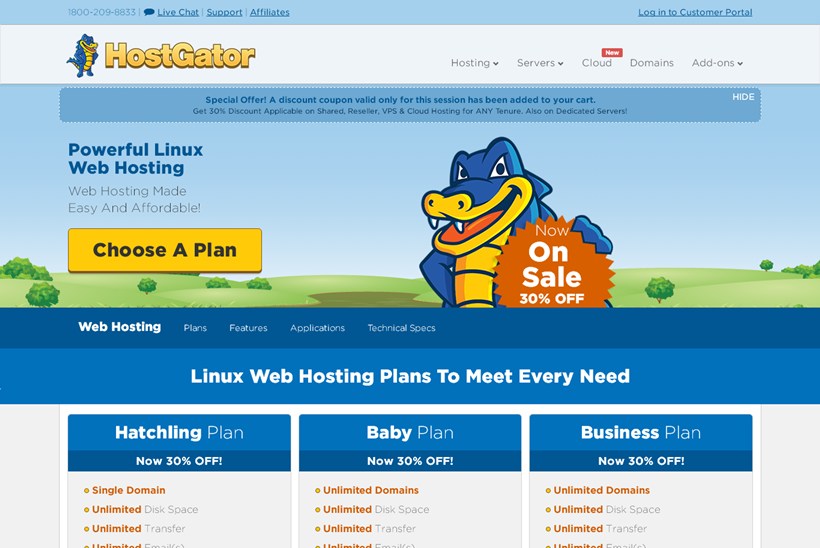 Shared, reseller and Virtual Private Server (VPS) hosting provider HostGator India has launched its new 'Host in India' initiative. An Endurance International Group company, HostGator India has headquarters in Mangalore, Karnataka, India and is the Indian arm of U.S. company HostGator. Its latest initiative is in support of the 'Make in India' campaign.

Alongside the 'Startup India' and 'Digital India' initiatives, the ‘Make in India’ campaign is a Government of India scheme launched by Prime Minister Modi in September 2014 which emphasizes the importance of 'Ease of Doing Business' in India. Through HostGator India’s 'Host in India' initiative, Indian companies can establish an online presence that can “enhance their overall marketability”. The company aims to encourage local business adoption of India-based hosting services that offer support in local languages and payments in local currency.

"India represents a tremendous growth opportunity for HostGator India considering that we've been quite focused on enabling startups, SMBs and new ventures to establish themselves online efficiently," explained Endurance India’s Managing Director, Shashank Mehrotra. "The government of India has been making efforts towards enabling local language content and developing the digital ecosystem so that even non-English citizens can communicate online in their native language. We are thrilled to contribute to the Indian government's initiatives like 'Digital India' and 'Make in India' by imparting a local flavor in the digital ecosystem with the 'Host in India' initiative."

Do you know of any other companies that are supporting local business like HostGator India? Let us know the details. Add your comments below.

Back to HostGator news