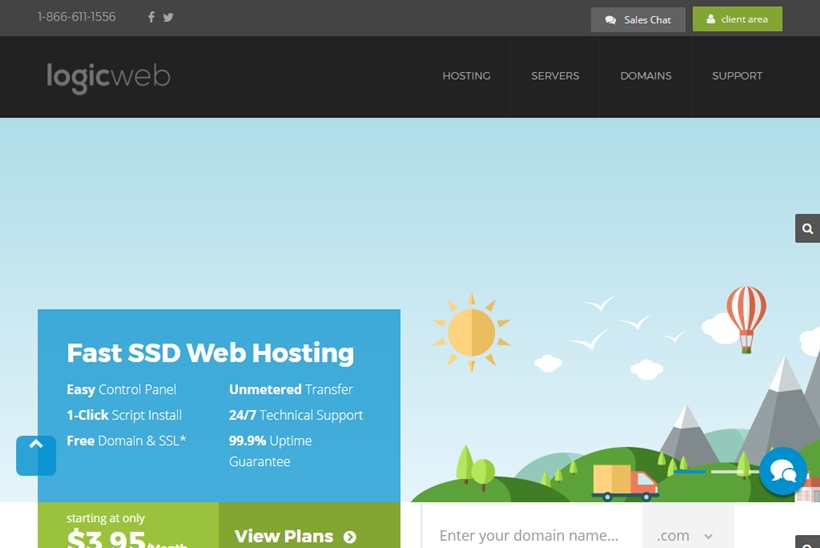 “World-wide tier-1” web hosting provider LogicWeb Inc. (LogicWeb) has announced new plans designed to fuel its ongoing growth. LogicWeb, which has headquarters in Edison, New Jersey, United States, was established in 2004. The company offers a wide range of services including shared and managed SSD web hosting services alongside reseller hosting, dedicated servers, SSL certificates and domain registration options. The company has enjoyed “exponential year-over-year growth thanks to global satisfied customer base” and its latest plans are intended to build on that growth.

“The web hosting landscape is ever evolving and changing to new platforms and consumer options”, explained Chad Abizeid, the CEO and President of LogicWeb. LogicWeb’s plans include adding additional locations in the United States, the United Kingdom, and ultimately, in Asia. The purpose behind the new locations is to better serve the company’s global customer base. The move will accommodate customers who require “the best speed, latency and uptime with their managed web hosting needs”.

“Due to privacy concerns made known to people within the past two years, VPN services have dramatically grown in numbers and providers worldwide,” added Mr. Abizeid. LogicWeb has an abundance of IPv4 addresses, and some of the world’s leading Virtual Private Network (VPN) companies and ISPs leverage its IPv4 resources to provide their services.

Do you know of any other companies enjoying growth and expanding? Let us know the details. Add your comments below.