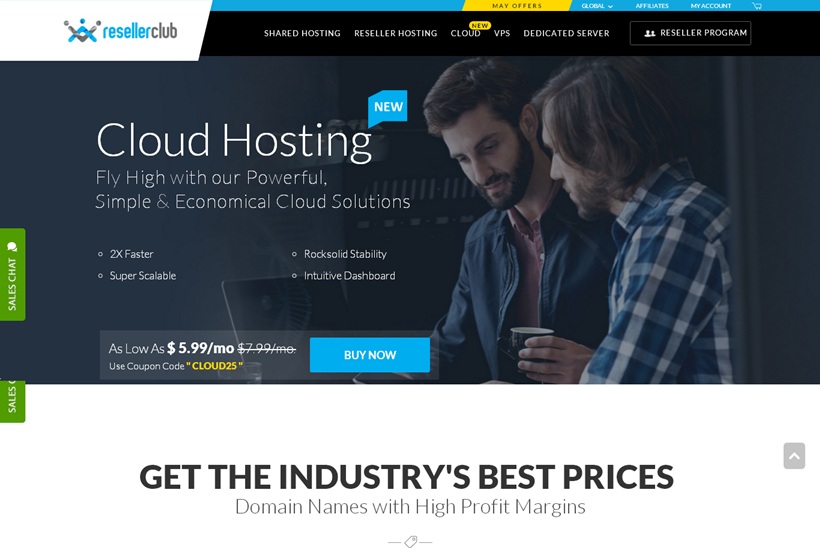 Web host ResellerClub’s web design and development contest to “pick the best designed websites” runs until June 14, 2016. ResellerClub, which has headquarters in Mumbai, Maharashtra, India, offers “the BEST Reseller program in the market”. It also provides a platform that “powers some of the world's most popular web hosts, domain resellers, web designers and technology consultants”. The company’s services extend to shared and reseller hosting alongside Virtual Private Server (VPS) and other solutions. It also offers registration for domains with an extensive range of extensions. The company’s contest – known as ‘SiteWars’ – is offering cash prizes totaling $10,000.

As a company ResellerClub focuses on “empowering web designers and web developers” and offers an online portal where they can show their work and share ideas with others. The competition’s judges include UI/UX experts from a number of “world famous brands” - Jeff Davidoff the CMO of Donuts), Adel Anwar, the Design Lead at Google and Mike Miller, Creative Director of Mojo Marketplace. The contest launched April 28, 2016 and winners will be announced June 29, 2016. The top three websites will win $5,000, $3,000 and $2,000 respectively.

"In my webinar at the start of the year, I received fantastic feedback from the Web Designer and Developer (WDD) community about the way the industry is currently positioned and decided that this was going to be ResellerClub's primary goal this year - enabling WDDs,” explained ResellerClub’s General Manager and Business Head, Shridhar Luthria. “SiteWars is a platform that we hope will encourage healthy competition and incentivize the industry to come up with even better UX styles than ever before. For this contest, we've teamed up with Donuts who are a perfect fit as they have a wide portfolio of domain extensions that can cater to most industries that a WDD would service. The WDD portal we've built is for the web design and development community to upskill, compete, collaborate and network."

Do you know of any other companies running competitions? Let us know the details. Add your comments below.

Back to ResellerClub news