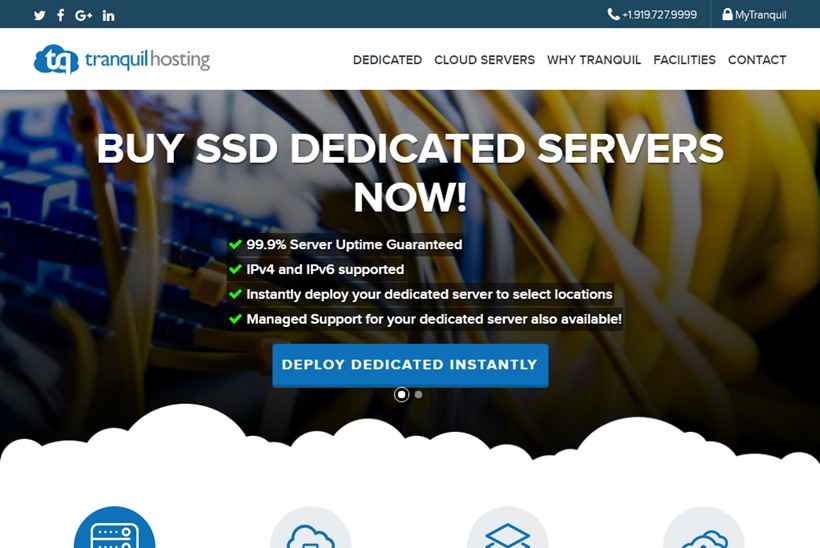 Web host Tranquil Hosting (TQ) has launched a new data center in India, its first in the country. TQ, which has headquarters in Raleigh, North Carolina, United States, was established in 2002. The company prides itself on a “zealous commitment to customer service and delivering the most efficient IT solutions”.

India has an “exploding base of internet users” and internet companies and with a growing economy, India represented an ideal choice for TQ’s latest data center location. The new data center is located in Chennai on the Bay of Bengal in eastern India and offers TQ’s customers “entry into India and surrounding countries” and the rest of Asia through Tier 1 connectivity. The company has teamed up with a number of carriers in the area including TATA/VSNL, Reliance, and Bharti (Airtel).

"We are very excited to offer our customers access into India," explained Tranquil Hosting’s CEO, Mark Price. "Our customer can now deploy servers into the booming economy of India, with its emerging tech and industrial companies. With a very savvy population and a vast user base that's getting online in incredible rates, means our customers will be able to better serve India and the surrounding emerging markets."

Do you know of any other companies that are launching facilities in India? Let us know the details. Add your comments below.

Back to Tranquil Hosting news