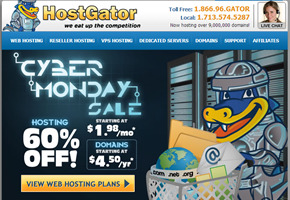 A large number of websites hosted by BlueHost and HostGator went down on 31 December 2013 - New Year's Eve - due to an outage at parent body Endurance International Group (EIG). The outage has reportedly impacted a number of other EIG brands and began around 10.00 EST.

The outage was first reported by the company's users via Twitter and initially the companies responded by suggesting they were not aware of any issues. Later in the day the official BlueHost Twitter account suggested the company was "experiencing a temporary network issue" that was impacting "some customers". HostGator also posted a Tweet recognizing the issue around the same time as BlueHost.

There are a large number of EIG brands - Wikipedia list over 30 but some are now defunct. EIG brands also experienced an outage in August 2013 when customers hosted through the group's Provo, Utah data center experienced downtime.

The group filed for an IPO earlier this year, and this is the biggest outage it has experienced since filing took place. The HostGator forums received posts from unhappy customers. BrianH suggested "I'm surprised that they keep so many brands instead of consolidating. It must be quite a challenge managing all of that - different brands, packages, pricing structures, etc."

Did this outage impact you? Let us know the details. Add your comments below.

Back to HostGator news