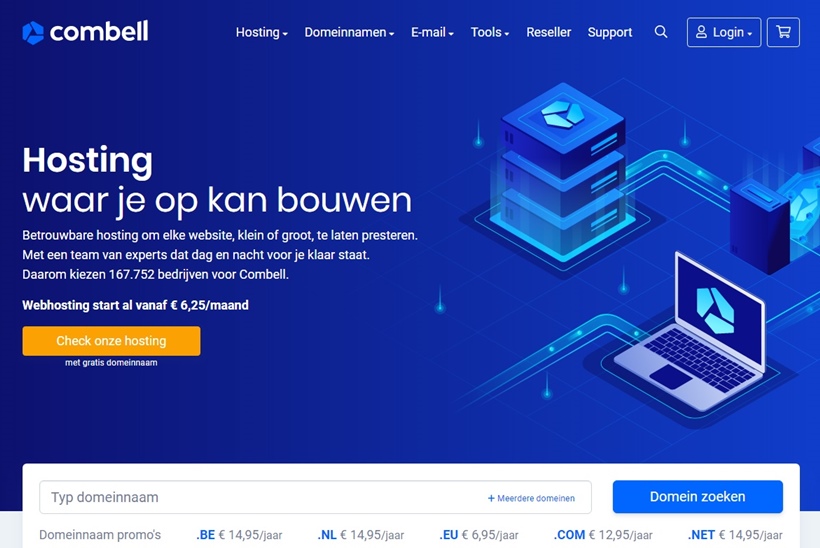 Web hosts Combell and TransIP Group (TransIP) have merged, with the resulting organization now representing a major player in the European hosting arena. Combell, which has headquarters in Ghent, Belgium, was established in 1999. The company provides a one-stop solution for those wishing to host websites and applications, and those requiring IT infrastructure. Alongside hosting it offers fully managed services, domain registration, cloud servers and email hosting. Combell’s merger with TransIP produces a new organisation called ‘team.blue’ which is valued at around $1 billion.

TransIP, which was established in 2003, has headquarters in Leiden, Netherlands. The company’s broad range of hosting services extend to cloud and web hosting, domain name registration, Virtual Private Servers (VPS), reseller hosting, colocation, and PHP hosting. Its services are designed for both the “novice techie” and the “diehard techie”, with solutions that “allow you to do what you want to do faster”. The two organizations will cater to a combined base of 1.2 million predominantly European customers and employ over 600 people.

“We have always listened closely to our customers and kept innovating to provide the best solutions for their needs,” explained TransIP’s founder Ali Niknam. “As both Combell and TransIP share this vision, creating team.blue is a logical step to grow further, together.”

“Team.blue’s goal is simple - to be best-in-class. We can deliver on that promise through our constant and consistent innovation, bringing together some of the most experienced people in the industry,” added Combell’s founder and newly appointed team.blue CEO, Jonas Dhaenens. “Our aim is to be a true tech partner and a digital enabler for businesses,” he added.

Do you know of any other companies merging? Let us know the details. Add your comments below.

Back to COMBELL news